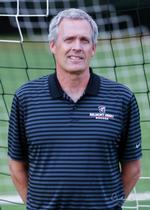 Belmont Abbey College Head Women's Soccer Coach Mike Lynch came to the Abbey in 2011 with a clear mission to graduate leaders committed to excellence and virtue and compete for championships. Since his arrival, his teams have played in 7 conference finals, winning championships in 2012 and 2014, and 3 NCAA Tournaments. Women’s Soccer was voted Conference Women’s Soccer Staff of the Year in 2015 by his peers. Lynch earned his “100th Belmont Abbey win” on September 26, 2018 defeating King University, 4-0. Numerous individual players have received post-season honors including, 46 players that earned all-conference, 25 all-region and 2 All America.

Off the field, the women’s soccer team has been recognized by the United Soccer Coaches for excellence in academics (6 years) and sportsmanship/ethics (5 years). They also earned the prestigious Conference Carolinas “Messick Sportsmanship Award” for the 2016, 2017 and 2018 seasons.

Prior to coming to the Abbey, Lynch also held head coaching stints at Nebraska Wesleyan University (NCAA DIII) and Truman State University (NCAA DII), and as an assistant coach at the United States Air Force Academy (NCAA DI). Lynch earned a Master of Science degree from Central Michigan University. In addition to the college coaching profession, Lynch served as an officer in the United States Air Force and also worked as a pharmaceutical sales manager for Pfizer, Inc. In 2009, Lynch founded WINning Coaching LLC, a company specializing in developing leadership, performance and virtue in business and sport. In 2017, He was appointed the United Soccer Coaches D2 Women’s College representative and the United Soccer Coaches Chair of the Faith-Based Coaches membership group.

Growing up a military “brat,” Lynch has lived all over the United States. He followed his father’s footsteps into the Air Force, marking his family’s six straight generations of military service dating back to the US Civil War. Lynch is married and has three children. He and his family love most anything outdoors (skiing, biking, hiking, boating, running). Lynch, an avid runner until undergoing bilateral hip resurfacing surgeries, has completed several marathons, including the Boston Marathon in 2004. 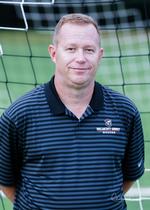 Came to Belmont Abbey in June of 2012